Parts of a Circle

Parts of a Circle 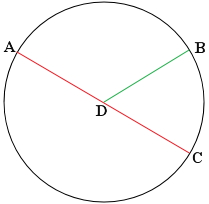 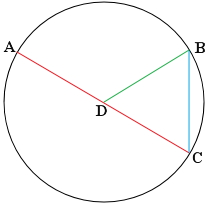 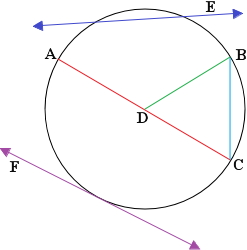 If a line is tangent to a circle, then it is perpendicular to the radius drawn to the point of tangency.

Jason is located at a point P, 28 feet from the edge of a circular garden. The distance from Jason to a point of tangency on the garden is 56 feet. What is the radius of the garden? 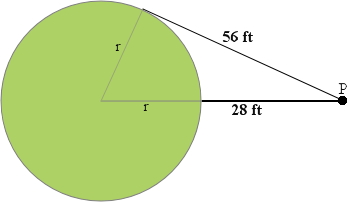 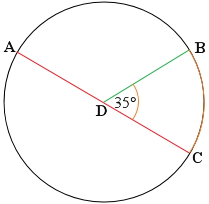 In the same circle, two minor arcs are congruent if and only if their corresponding chords are congruent, therefore a point D is called the midpoint and arc PQ

arc PR if and only if line PQ 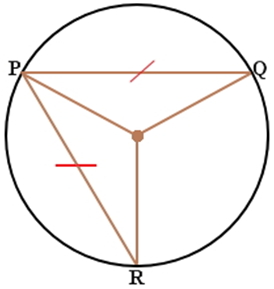 If the diameter of a circle is perpendicular to a chord, then the diameter bisects the chord and its arc, therefore XZ

arc WY. If one chord is a perpendicular bisector of another chord, then the first chord is a diameter. 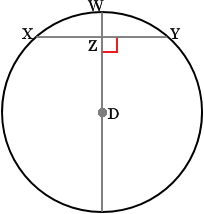 If an angle is inscribed in a circle, then its measure is half the measure of its intercepted arc. In the circle below angle QRS =

of the measure of arc QS 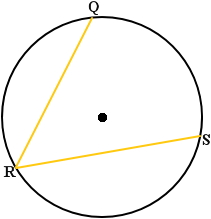 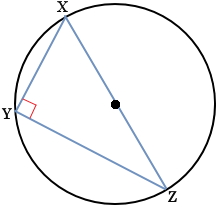 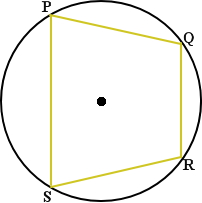