A variable can represent a variety of numbers.

A number by itself, not directly affected by a variable, is called a constant . 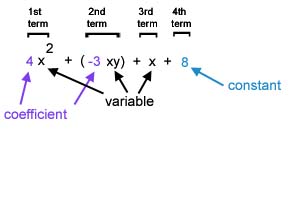 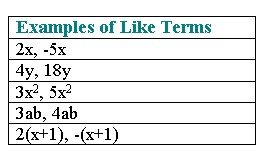