The coordinate system is a grid system, similar to a map. Its lines are formed by two axes that are drawn perpendicular to each other.  The horizontal axis is called the x-axis, and the vertical axis is called the y-axis.  The two intersecting axes form four quadrants, numbered I through IV. 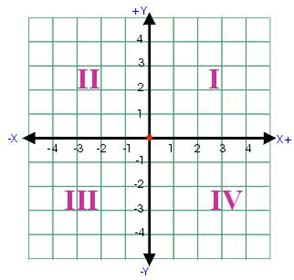 The point of intersection (0, 0) is called the origin.  In an ordered pair, the x-coordinate is always listed first and the y-coordinate second. 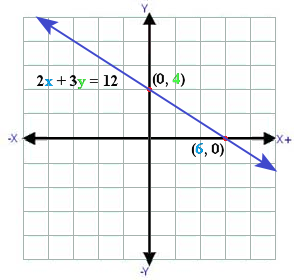 Find the intercepts of the graph

The graph of the equation contains the points (10, 0) and (0,-5).  You could plot these two points and connect them to determine the graph of the line.

Compare the Slopes of Lines

they have the same slope; that would make m1 = m2. 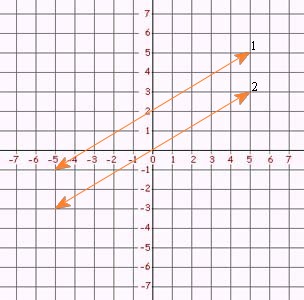 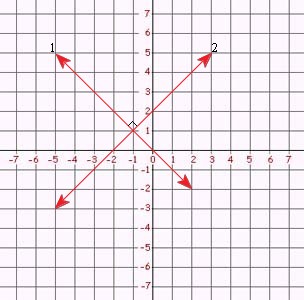