There are three common ways to solve linear systems:

Use the graph to solve the system of linear equations. 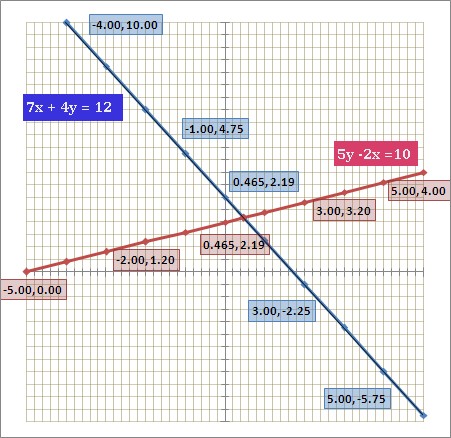 Because the lines in the graph of this system intersect at only one point, the coordinate pair,  (0.465, 2.19), is the only solution to this linear system.

In a system with two variables, the substitution method involves using one equation to find an expression for one variable in terms of the other and then substituting that solution into the other equation of the system. These are the steps to follow when using substitution:

Solve the following linear system by using the substitution method:

b.) Substitute the value for y in equation 1 and solve. 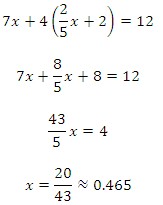 c.) Substitute the value of x into the revised equation 2:

a.) Arrange the equations.

For this example they are already arranged.

b.) Multiply the first equation by 2 and the second equation by 7, so that the coefficients for x are equal and opposites.

c.) Add the equations to get an equation in one variable.

d.) Substitute the value of y in the first equation and solve for x. 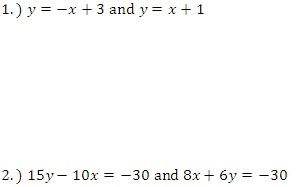 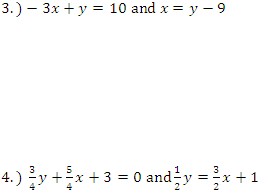